"The weather called for severe thunderstorms and average temperatures of sixty degrees on top of the mountain at Black Balsam Knob. Upon arrival, the skies parted and the clouds slowly dissipated.

I hiked a mile up to the highest peak on top of the knob, which is more of a bald created by previous fires that have burned away all evidence of trees and brush.

The weather was still threatening rain and there was a twenty degree difference between where I parked and where I was considering camping, with the wind whipping at thirty miles an hour and thirty five degree weather with wind chill.

After a short walk around the top of the knob I decided that I had come too far to turn back and I decided to set up my tent. The sunset immediately let me know I had made the right decision.

It was one of the most stunning displays of light I've ever witnessed with the Blue Ridge Mountains reflecting their blueish hue in the background. Coyotes called to one another in the hills as the sun went down, and then something amazing happened.

The lights from distant Asheville, NC began to appear in the distance. First, they were faint, but as the night wore on they became brighter and more distinct.

It was one of the most spectacular sights I've seen and I would recommend this spot to anyone in search of a scenic vista. After midnight, the wind laid down, the stars became more prominent, and I became camera happy with the natural beauty that lay before me." 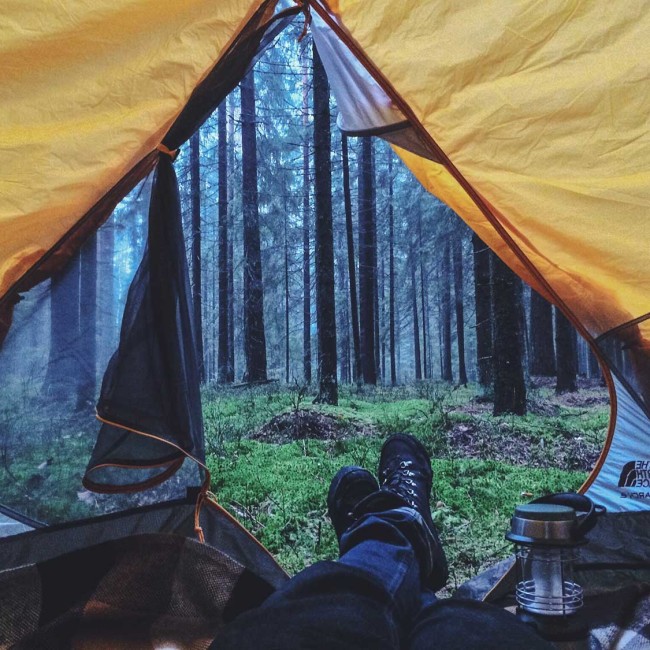 Does your job require regular travel? We recommend having outdoor gear on hand in case there’s a camping opportunity like this one at the border of Finland and Russia. 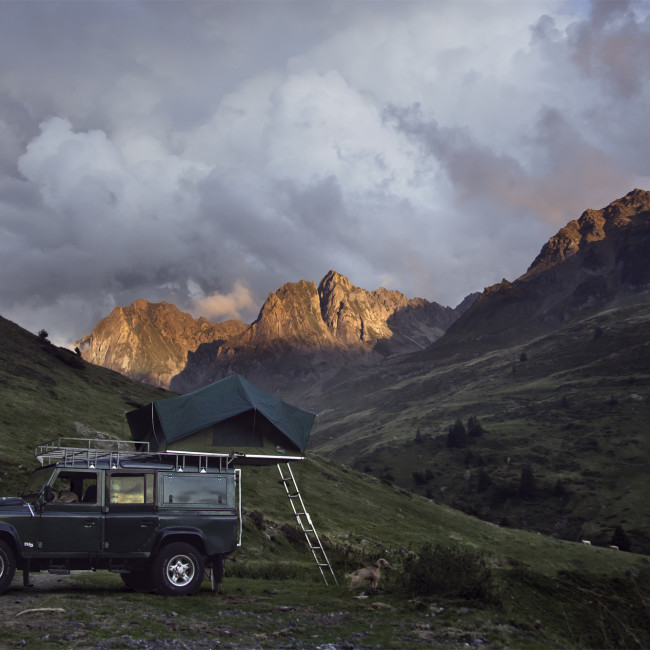 This impressive shot was taken at Col de Tourmalet and provides plenty of inspiration to explore the camping opportunities in Europe. 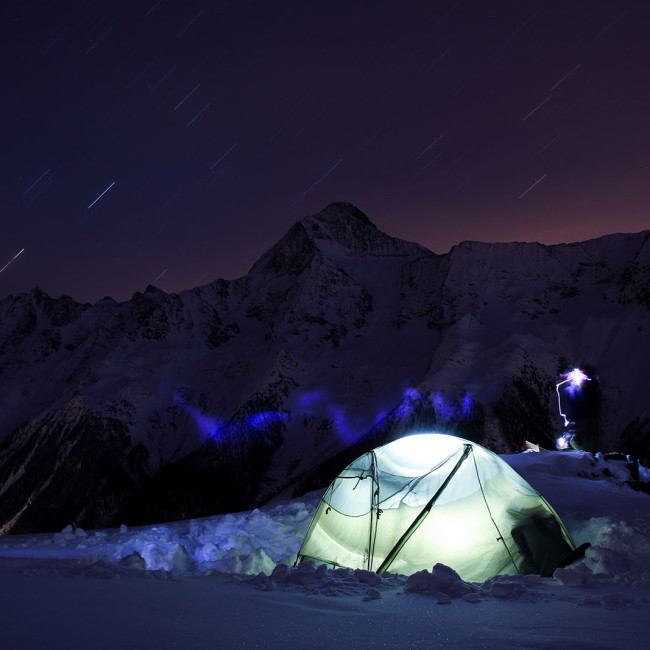 We can’t think of a better way to kick off the New Year than at a campspot like this, high above Lauchernalp.