"It's safe to say that Garibaldi Provincial Park might not exist if it wasn't for Mount Price. It's an old volcano that created a lava dam that holds in the water for Garibaldi Lake itself. It's seldom visited but offers some spectacular views over this park.

I'd been up it before but had always wanted to spend the night up there.

So, before all the snow melted taking away the only water source nearby, I hiked up there with two friends. Turns out I did very little actual camping.

I was up so late shooting stars and then up again really early for sunrise that I actually only slept for maybe 90 minutes, but it was definitely worth it." 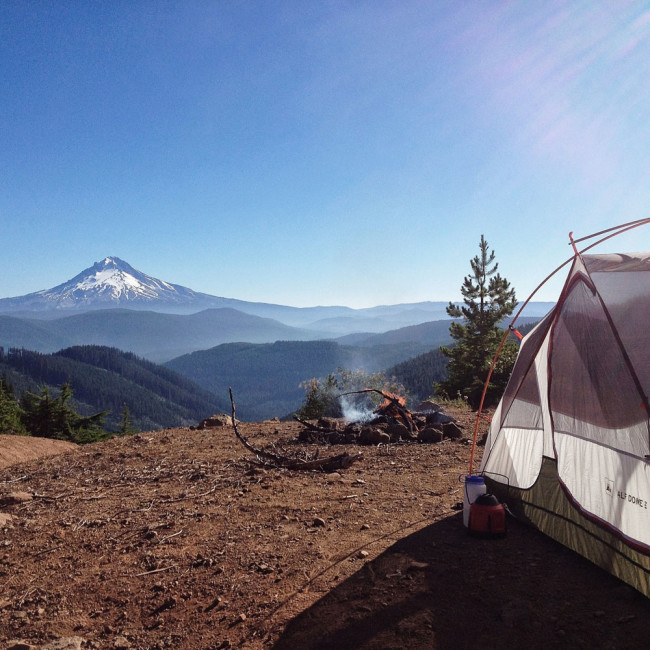 In our very first Camp Spot feature, we are in awe from Lisa’s perfect opportunity to leave off the rain fly and enjoy the view in the Mt. Hood Wilderness. 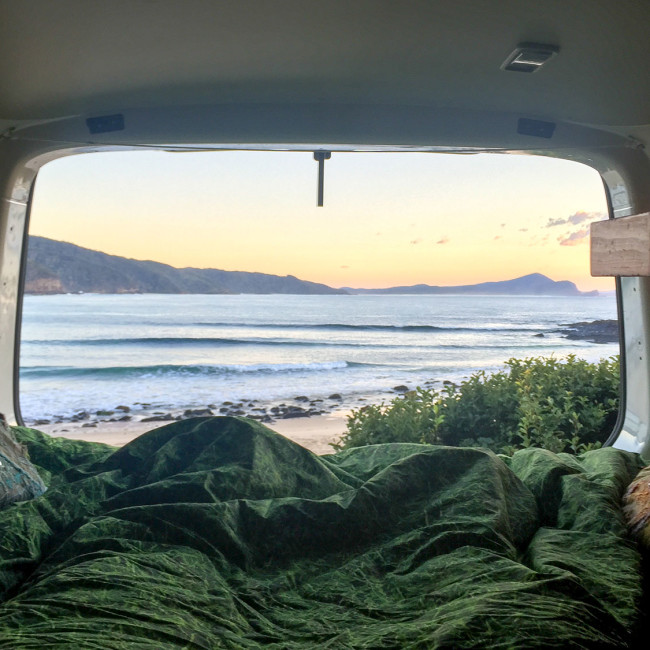 Waking up to a van view of Seal Rock Beach is what mobile camping is all about. 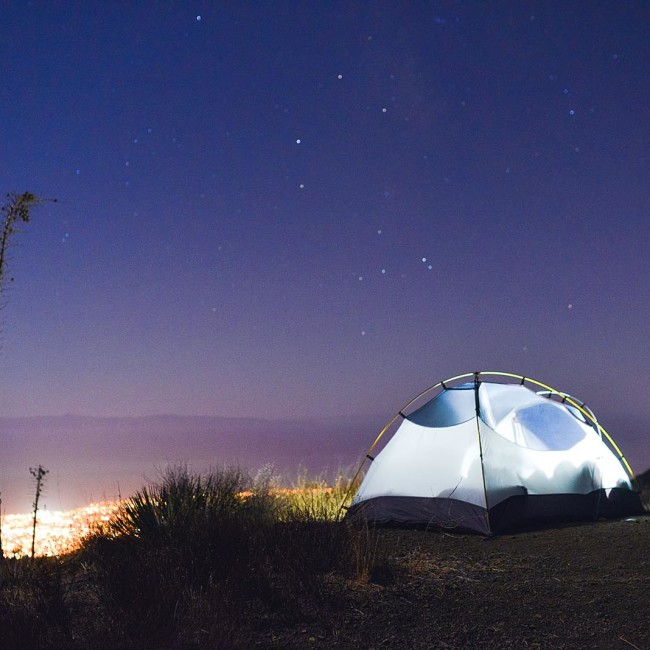 Great camp spots can be anywhere, even in full view of civilization. Blake sent us this photo of his setup looking over Santa Barbara and we hope his lady-friend was as psyched about it as we are.