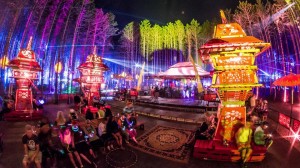 Since its official inception in 2011, there has been one marquee event that identifies with fascinating energy, awesome music, and unimaginable vibes that carry otherworldly traits.

For the 4th year in a row, Rothbury, MI will host the annual spectacular known as Electric Forest, and there’s simply no better location to create this mystical realm than in the Sherwood Forest centered in the festival grounds. The original event debuted in 2008 and was called the Rothbury Festival, but after being postponed in 2010 due to certain difficulties, the re-launch in 2011 assured fans that a new type of music and camping experience will come complete with amazing energy and an enduring remembrance. 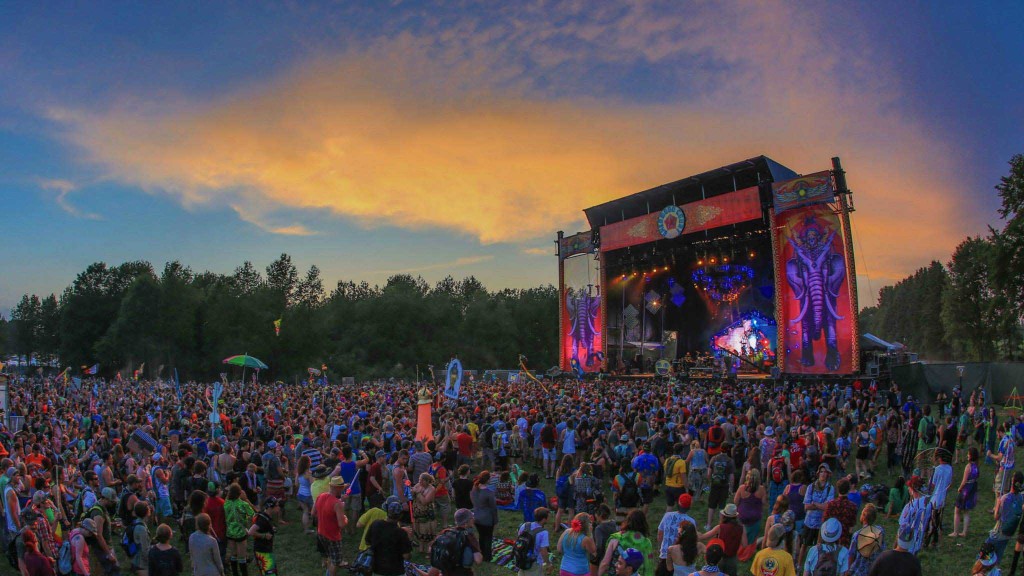 During the June 26-29 weekend, approximately 100 acts in the genres of rock and jams bands, DJs, and electronic groups will mesh together with the abundance of LED displays and the many vivid art installations.

The String Cheese Incident will be the primary headliner as they are planning to play three shows, while STS9 will play a pair of shows over the four-day event. Other acts include EDM artists Zedd, Excision, and Moby while trending performers like Stephen Ragga Marley and Matt & Kim will also function on the main stage. More groups being showcased consist of Lauryn Hill, Glitch Mob, Flying Lotus, Moon Booths, Earphunk, Cash Cash, and Aloe Blacc.

In the middle of the festival, the Sherwood Forest will be transformed into a foreign dimension that has been the centerpiece of the Electric Forest celebration since the beginning. At any point of the weekend, visitors can drift into the LED woodlands to observe stunning art installations and glare at the many unfamiliar characters wandering the landscape.

A considerable amount of alternative choices to either engage or relax at the festival will be present and access to the water park, golf course, amusement areas, restaurant and bars round out the list of add-ons that the festival faithful can enjoy. 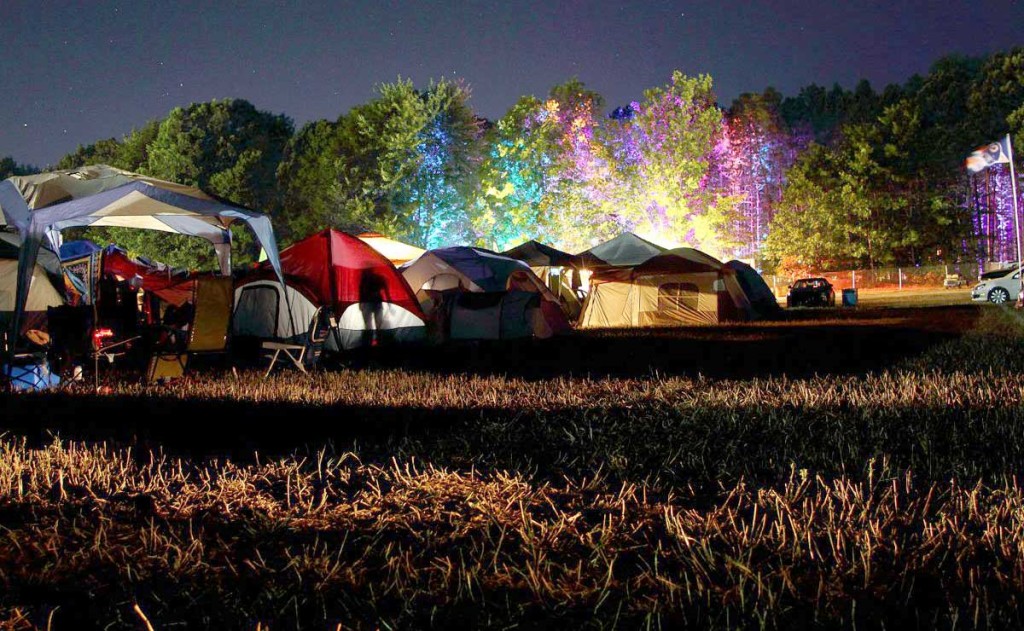 Contrary to the festival name, there will be no electricity at the standard campgrounds but the expected convenience of water stations, portable toilets, and an on-site general store will be available. General admission on-site tent rentals can help save bringing excess gear as they are weather-proof and come with cots for 2-4 people with sheets, blankets, and pillows. The Good Life lodging experience is spread out over several villages and include VIP amenities of air conditioned flushable bathrooms, showers, happy hour access at the lounge, an exclusive woodland kitchen and bar, concierge and shuttle service, and private viewing areas at the two largest stages. 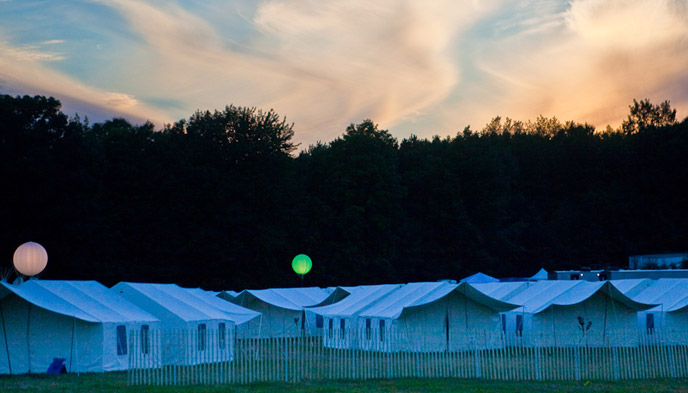 Since the Good Life options tend to sell out, event organizers will debut the brand new Tripolee Comfort Campground to accommodate those looking for upgraded camping action. 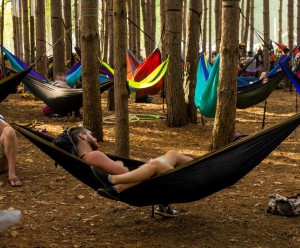 The live settings and high-powered music that Electric Forest puts-on provides the superb ambiance that sustains the attraction of those who collectively blend for the passion of music and nature. The resounding success in its brief lifetime brings excitement to those anxiously awaiting the electrified experience that comes at each year’s midpoint and the 2014 festival will offer its best mind-bending occurrence to date.

All things considered, the Electric Forest Festival is one of the top reasons to explore the mystery of the Sherwood Forest while taking part in the commanding audio arrangement held each year in western Michigan.

Campsite reservations and VIP packages are the preferred choices for lodging. 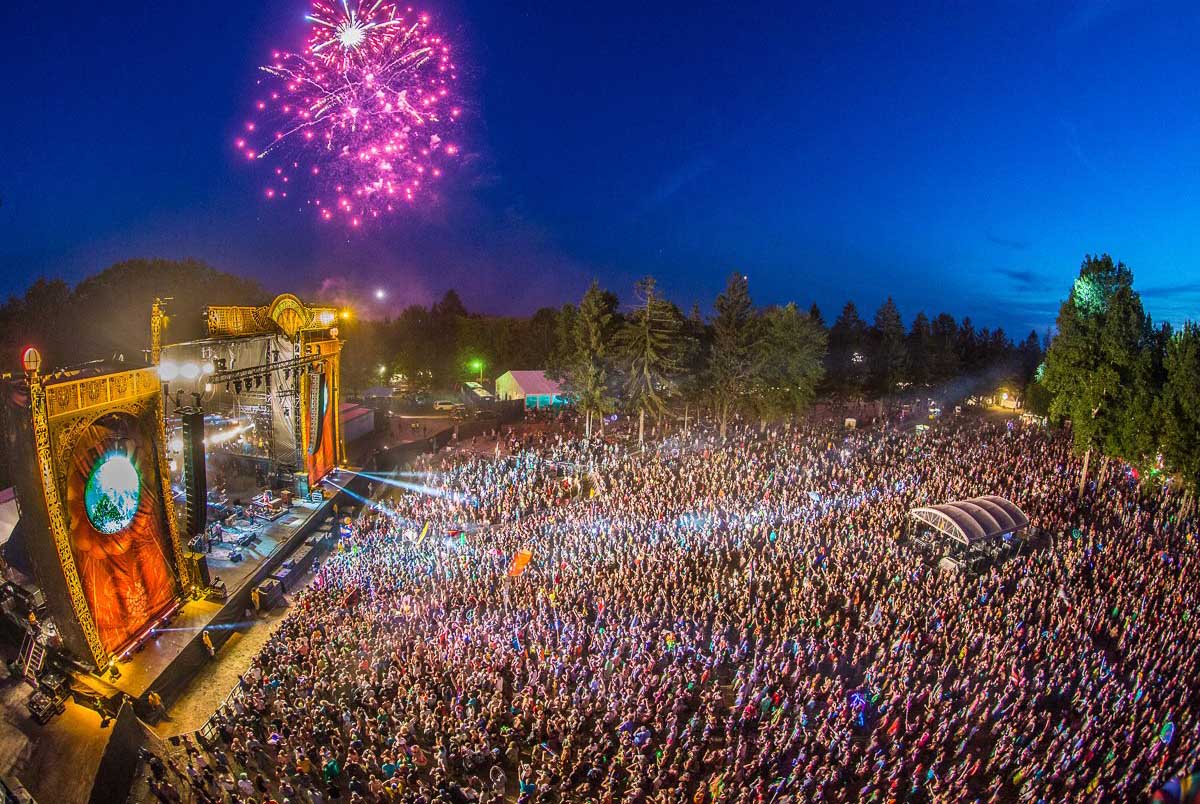