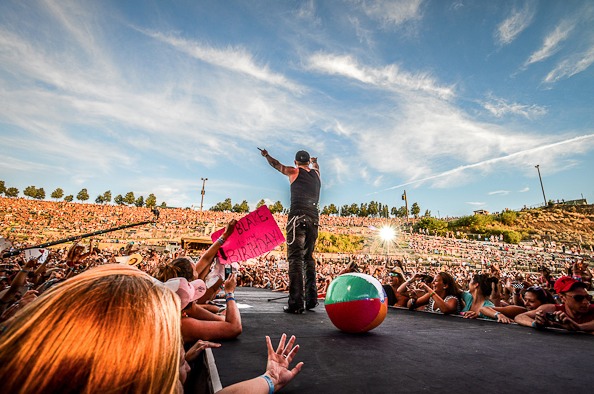 After the first two years of its concert achievement, the promoters and support team of the Watershed Music Festival will return to the world famous venue called “The Gorge” for its third year in a row. Located in the Pacific Northwest in George, WA, mega-promoter Live Nation decided that this unique region of the United States would be an ideal location to host this annual country music celebration. Soaring high over the Columbia River, The Gorge Amphitheatre is common knowledge to any festival and performance aficionado as it is a nine-time winner of Pollstar Magazine’s award for “Best Outdoor Music Venue” and recently won the “Top Amphitheatre” price at the 2013 Billboard Touring Awards.

In just its third year, Watershed will continue to highlight a combination of country music heavyweights mixed with upcoming bands and performers along with several local country acts. Past years has seen the likes of Miranda Lambert, Thomas Rhett, Luke Bryan, Toby Keith, and Brad Paisley take the reigns of the headliners while other acts like Aces Up, Reckless Kelly, Dusty 45’s, and Blackberry Smoke shared their sounds to those eager to find the newest bands in this ever-growing genre.

During the August 1-3 weekend, country hotshots like Tim McGraw, Jake Owen, and Lady Antebellum will take the stage while other well-known’s such as Billy Currington, Eli Young Band, Joe Diffie, and The Cadillac Three will uphold a lively atmosphere over the three day event. 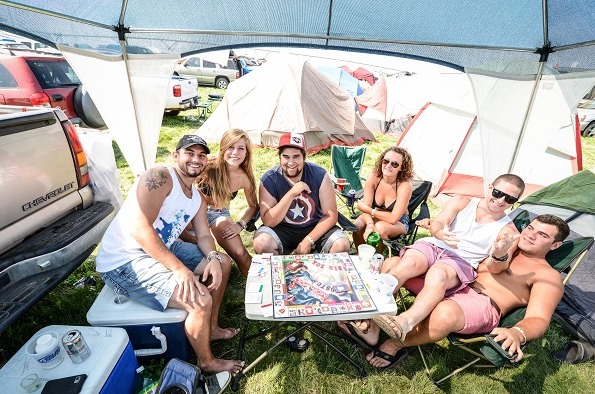 Conveniently located adjacent to the amphitheatre, all campsites are within walking distance to the performance grounds (anywhere between 350-1470 yards) and offer the standard amenities one would expect: portajohns/restrooms, showers and wash stands, convenience stores, and 24 hour security.

Premier and Terrace campsites offer larger areas, incredible Gorge views, and shuttle services while the Glamping packages include all basic luxuries in addition to fully furnished cottage style tents for up to two people. Big Rig camping grounds are for RVs/larger vehicles and are closest in proximity to the festival and also include general stores and café bars, games and recreation opportunities, and special pump out services for an additional fee.
The ADA campsite is available on a first-come, first-serve basis and contains ADA accessible showers and portable restrooms.  At this point, 5 out of the 7 campsites have been sold out and only Standard and ADA options still remain. 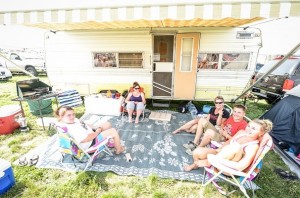 Since 2012, the Watershed Music Festival has steadily evolved to satisfy the appetite of those looking to preoccupy themselves with the sounds of current country music stars along with a host of up and coming groups. Paired together with the flawless backdrop of The Gorge and the quality of the surrounding landscape and décor, any nature seeker and outdoor addict should encounter no challenge if deciding to attend.

That being said, its current sold out status will only strengthen its impeccable ambience and will beckon those hoping to attend in the many years to come.