Everybody loves the thought of camping in Yosemite National Park – but have you ever tried to do it without a reservation?

First off,  this article isn’t about convincing you to visit Yosemite - that should already be on your bucket list.

We're also not writing about how to reserve a campspot at Yosemite because, quite frankly, if you’re just a tiny bit organized then that whole process is pretty easy.

You can reserve up to 5 months in advance so if you’re good at planning, definitely start there.

Instead, we’ve put together a guide for those times when the idea of hitting up Yosemite is a bit more spontaneous - those “fuck it, let’s go camping" moments.

The park is accessible all-year long from any major urban areas in California, making moments like this more possible than you think.

We were some of the 4 million+ people that visited the park last year and learned a few things about how to go camping in Yosemite without reservations. Bottom line:

Yes, it’s actually possible to successfully nab a campspot on an impromptu roadtrip to Yosemite.

Here's our no-reservations guide to camping in Yosemite National Park: 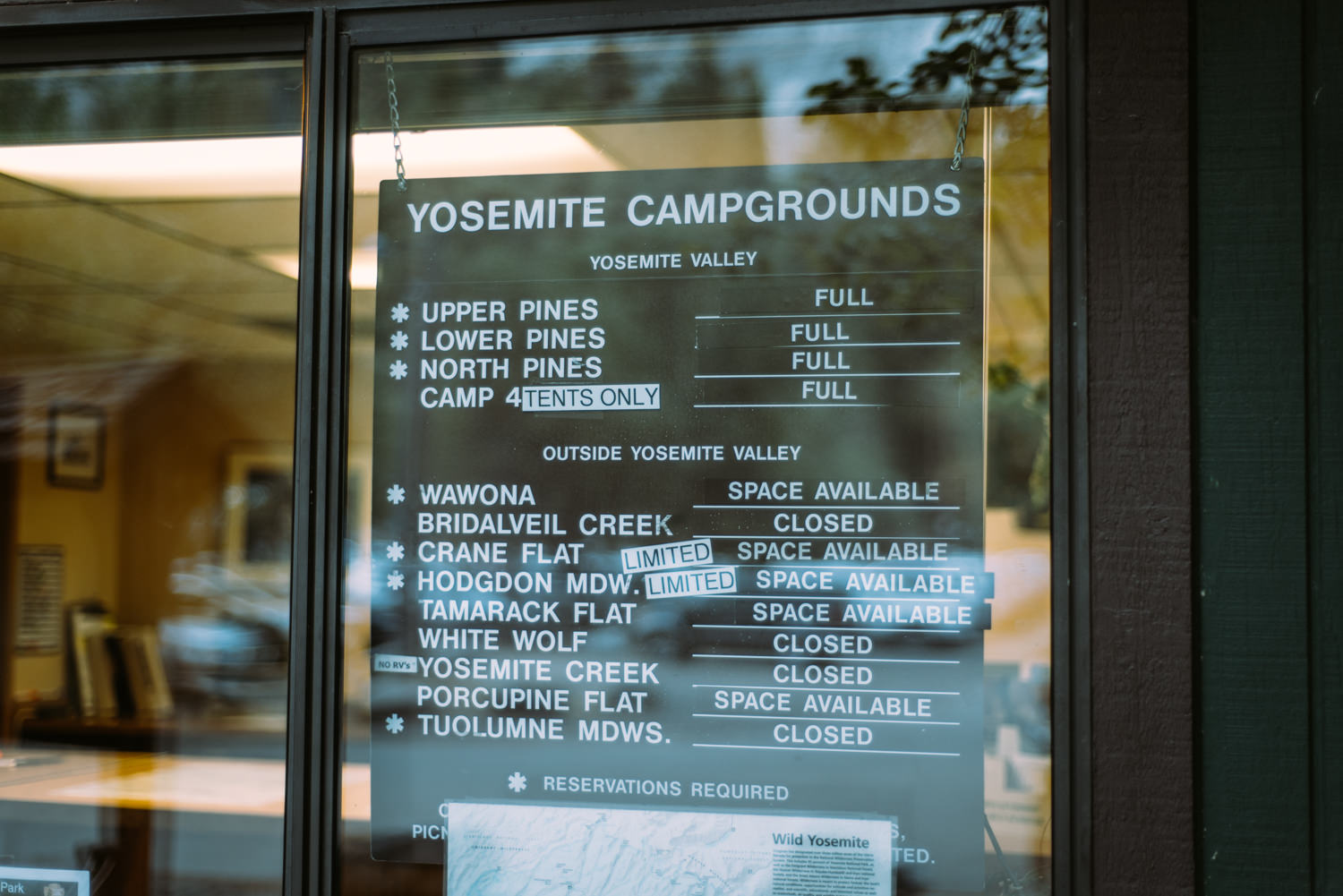 even mid-week is never an easy task

If you can avoid it, don’t go on the weekends.

This is especially true from May-Oct, with nearly 75% of visitors coming during peak season. During this time, finding camping options from Thurs-Saturday is going to be a serious challenge.

The park calms down a little in the winter, but even in the “off season” you'd be surprised how busy Yosemite is year round.

Maximize your chances of getting a no-reservations campspot by showing up mid-week. 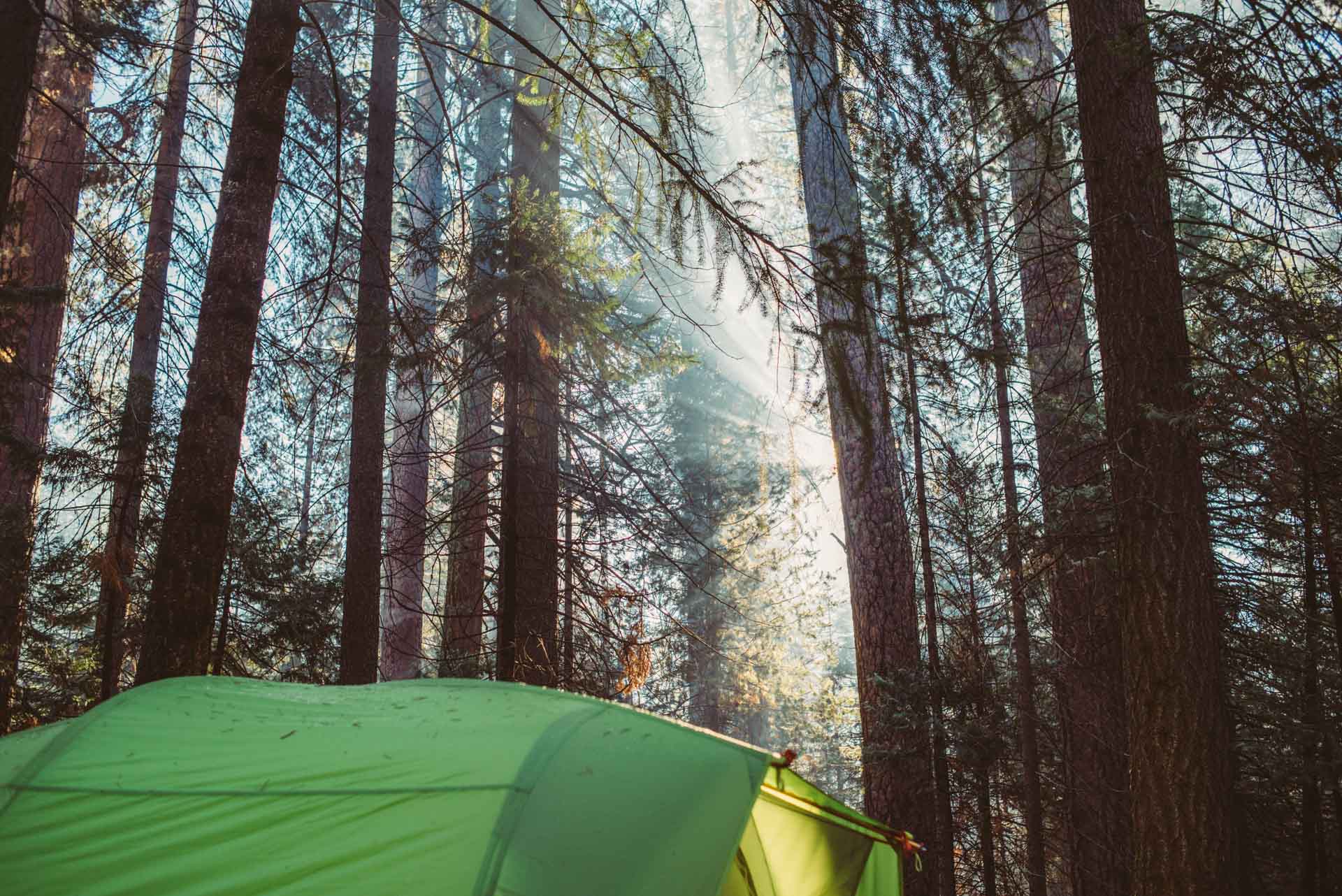 Arrive as early as possible

Campspots turn over in the morning since the regulations dictate that sites must be vacated by noon, with many groups packed out soon after breakfast.

If arriving late in the day, know that camping just outside of Yosemite for the night can work to your advantage rather than searching for a site in the dark, plus you'll be close to the park entrances for an early start the next day.

The US Forest Service operates campgrounds on a seasonal basis near Yosemite in the Stanislaus National Forest - take a look at how many options are around the park on this handy map.

Another alternative, and one of our favorites, is to check out freecampsites.net and search for areas around Yosemite. Sometimes you find beautiful spots on here, other times they’re patches of gravel on the side of the road.  Either way, they’re free and close to the park. 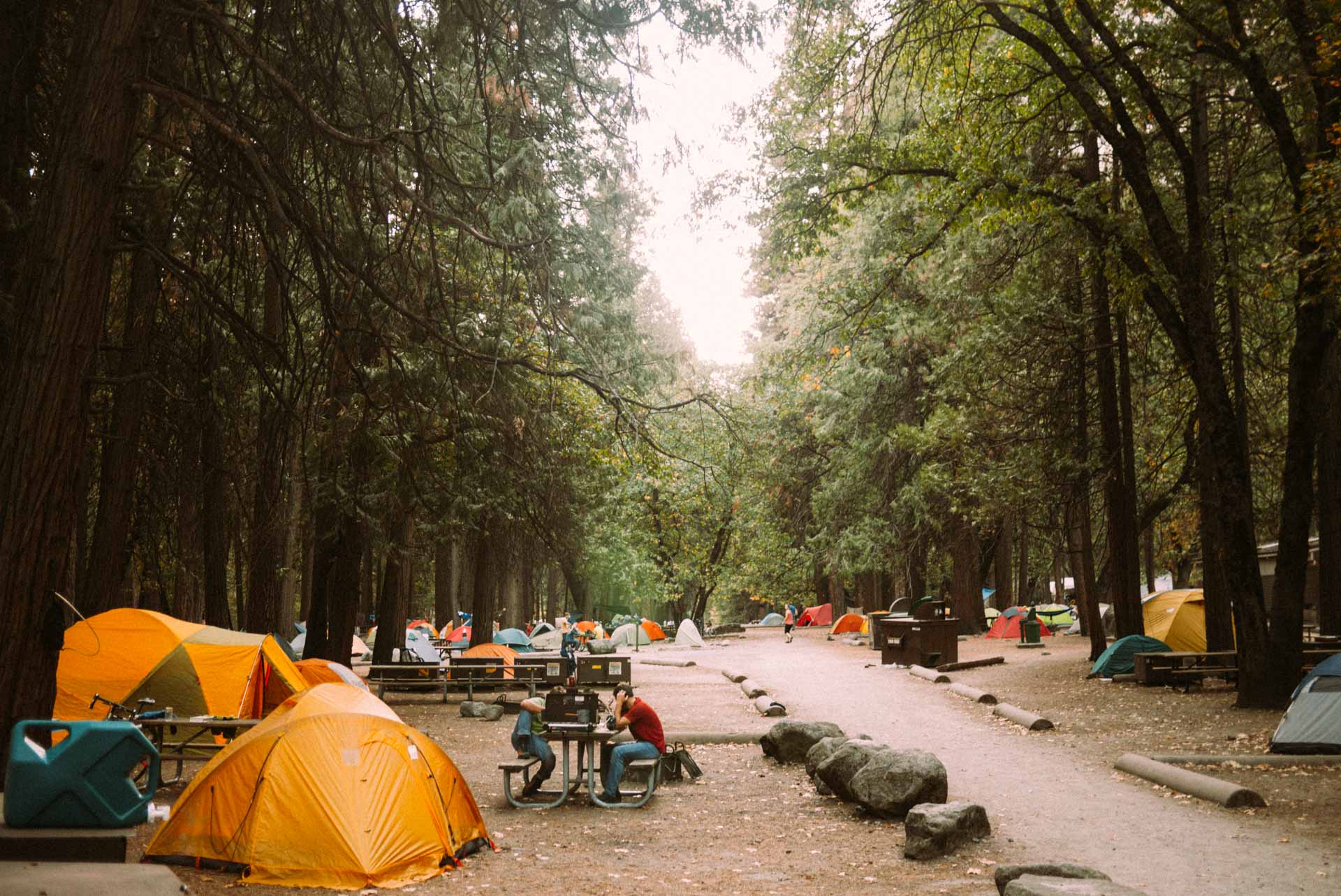 Be ready to settle at any campground

We get it - most people want to be in the Valley and those campgrounds are the busiest for that reason. Camping at Porcupine Flat or Tuolumne Meadows might be further than you hoped, but they’ll also be less populated and hopefully quieter.

Be flexible with whatever's open and it'll help land a campspot much quicker than being picky about it.  If you do have a preferred campground, be sure to check at the park entrances that it’s not closed for the season. The only campgrounds open year-round are: Upper Pines , Camp 4 , Wawona , Hodgdon Meadow.

Being familiar with the characteristics of each campground will help save time on the search process too. The first-come first-serve campgrounds in Yosemite all have a different style, and families & large groups should know that a site like Bridalveil Creek & White Wolf are better choices for their needs compared to the community camplife vibe at Camp 4 – which is more suitable for those living more care-free and don't mind sharing a campsite with other's outside your party. 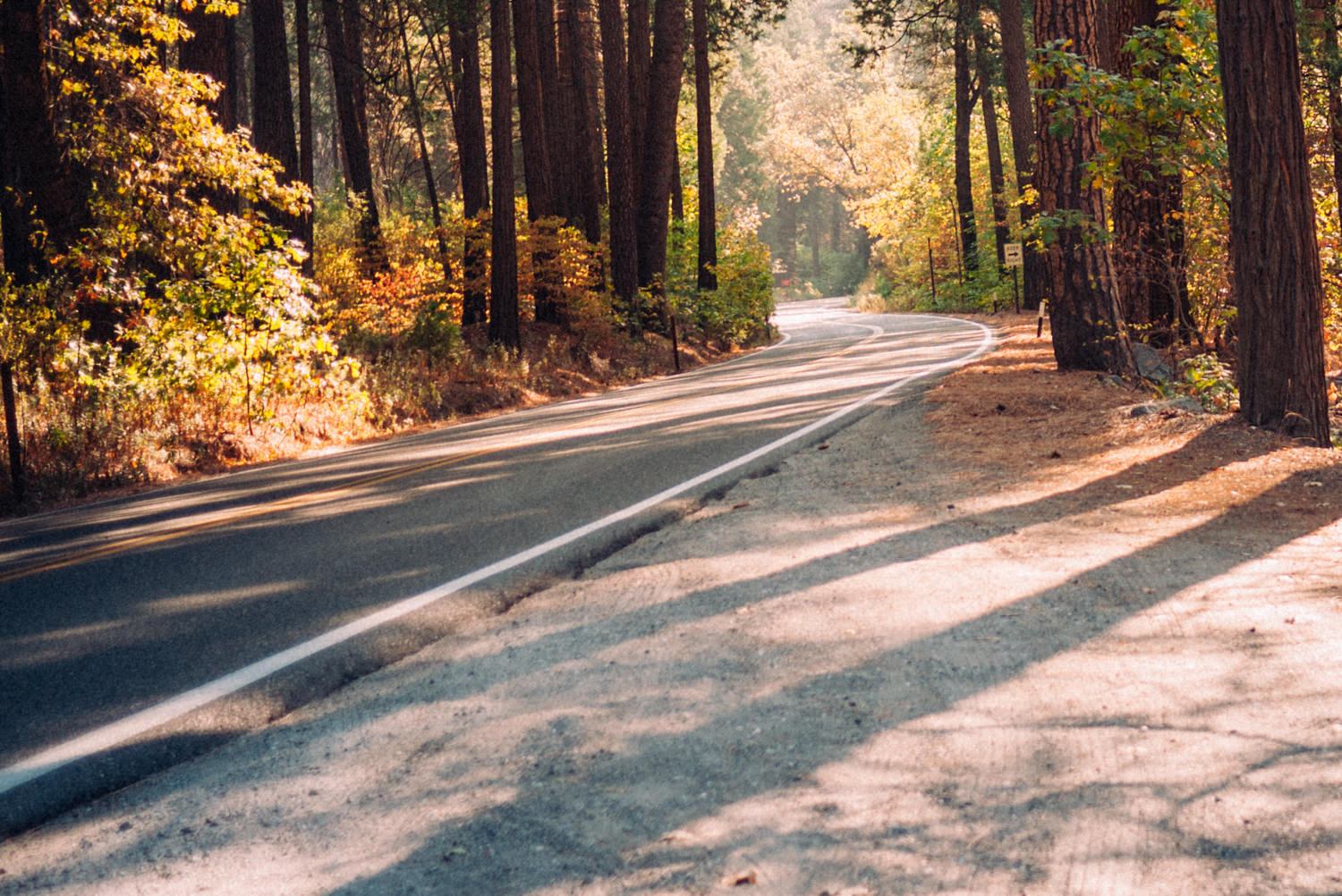 If you strike out at one campground, be prepared for a somewhat lengthy drive to the next one

The campgrounds cover a good chunk of the 700,000 acres of Yosemite National Park, and that means that campgrounds are seriously spread out. Here's a pdf of estimated driving times around the park from Yosemite Valley. Notice that the closest campground is Crane Flat and that's still a half hour drive, with others like Yosemite Creek and Tuolomme Meadows pushing 75-90 minutes.

It’s also good to know what major roads are definitely open, most importantly for Tioga Road, which closes in November through late May/early June and is the only way to enter Yosemite National Park from the east.

Our philosophy - campspot hunting is a fun way to explore Yosemite and is best for people ready to go with the flow. It would be wise to leave any impatient debbie-downers off this casual camping trip.

Oh yea, don't forget to buy gas before you get anywhere near the park or you could end up paying over $5/gallon, and that just sucks. Gas stations are open year-round inside the park, but convenience comes at a price! 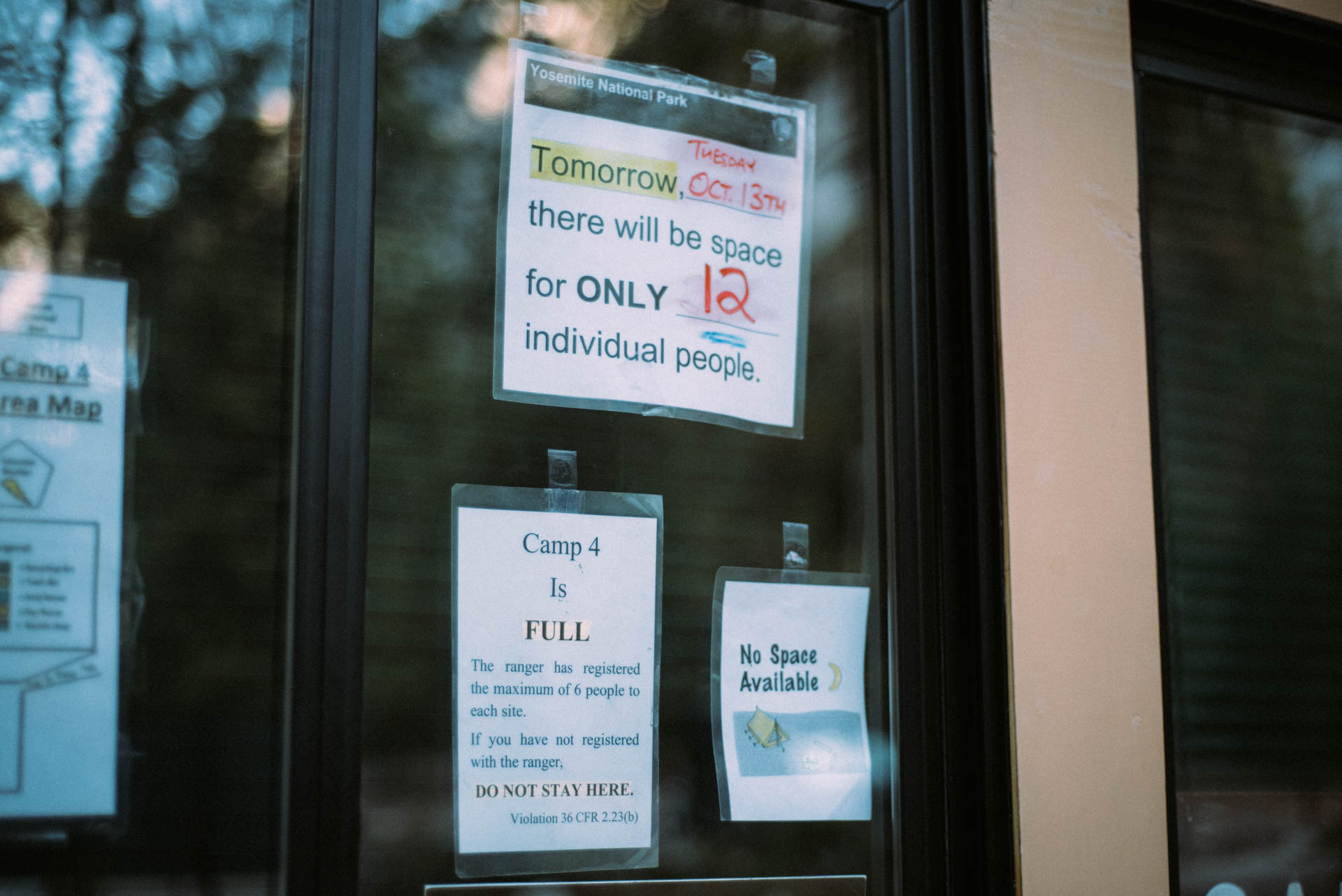 usual day at the entrance to Camp 4

When you finally do get a campspot, your next priority is reserving it for the remainder of your stay.

Once you've staked claim on an open spot, head to the campground registration office to officially lock it down ASAP. This is not a joke – campspots go fast. If you've found an open site at night, then get up early and be first at the registration office (opens at 9am) - do not snooze on this or you'll spend more time standing in line than catchin' up with El Capitan.

If this is at a first-come first-serve campground, then it should be an easy process since you've already claimed it, but if you found a spot at a reservation required campground, there's a slim chance of staying as there’s most likely already a hold on it.

If available, the ranger will offer other campsite options that fit your schedule, even if it means having to jump around to a different spot every few days to make it work. Just think of it as a great way to "tour" the campgrounds in Yosemite. 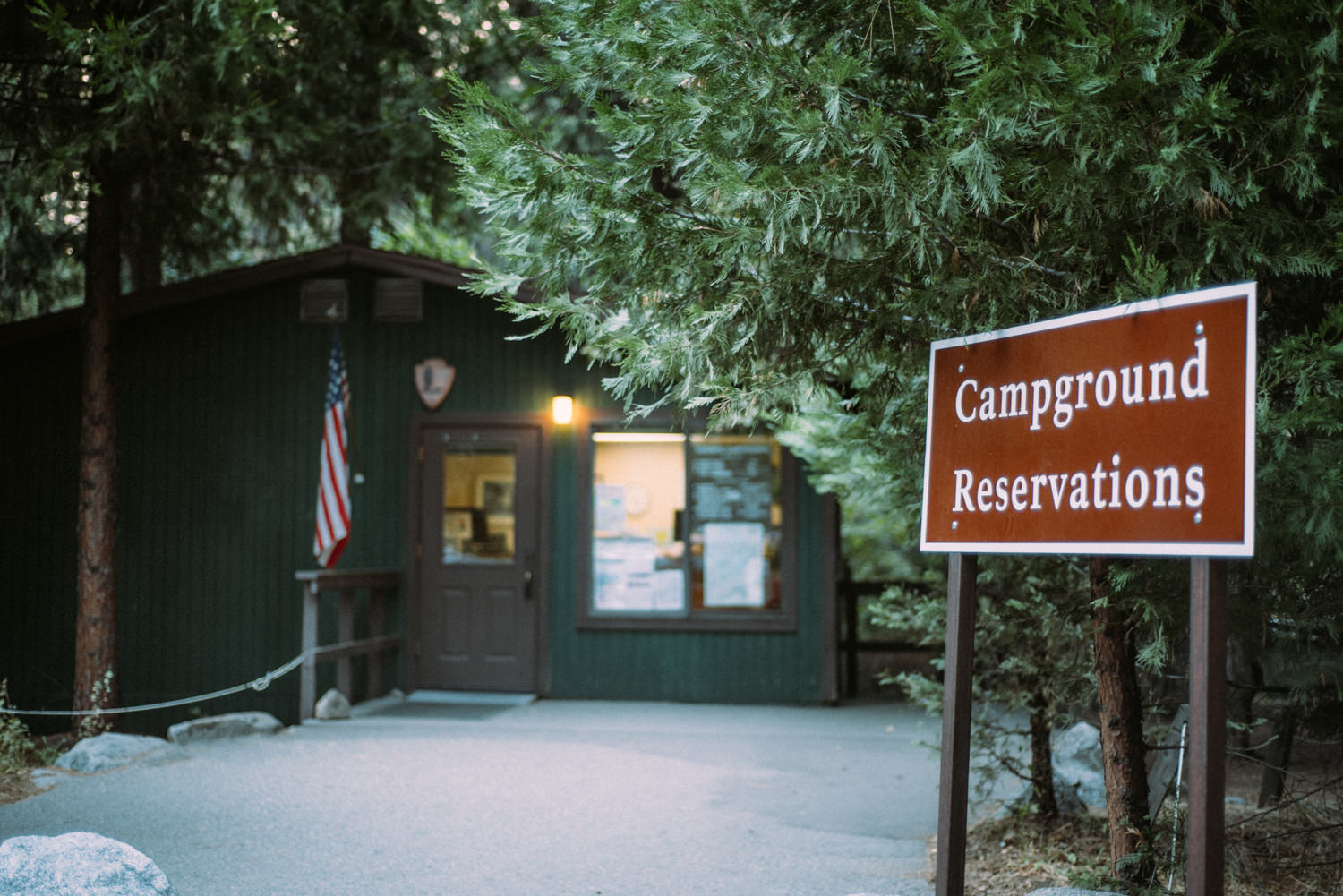 No matter what happens, just roll with it. You are in Yosemite after all…

Yeah there’s crowds and all that, but like anywhere else, hike a few miles away and you’ll find complete solitude. Camping is just one part of the experience and if you show up without reservations - chances are you’ll end up at a campspot you would have never considered before.

That’s a good thing, it’s exciting to be spontaneous. Stick to this guide and you’ll find a campspot in Yosemite one way or another. 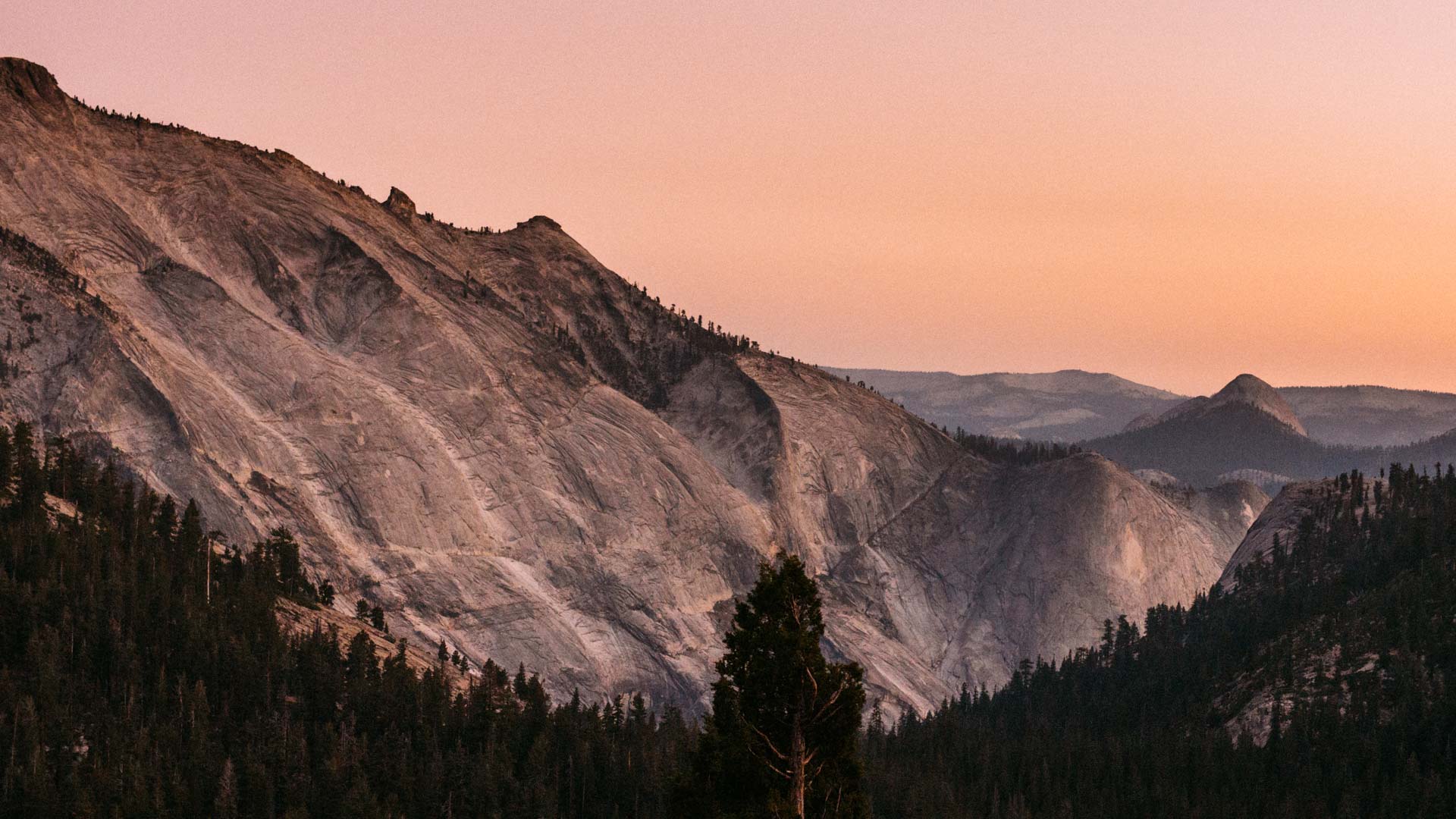 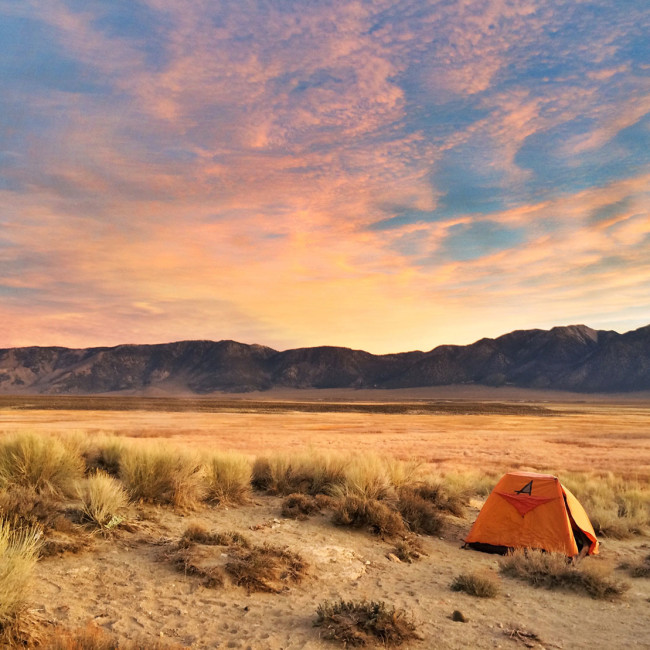 Frosty morning sunrises complement the nearby hot springs at this campspot off Hwy 395. 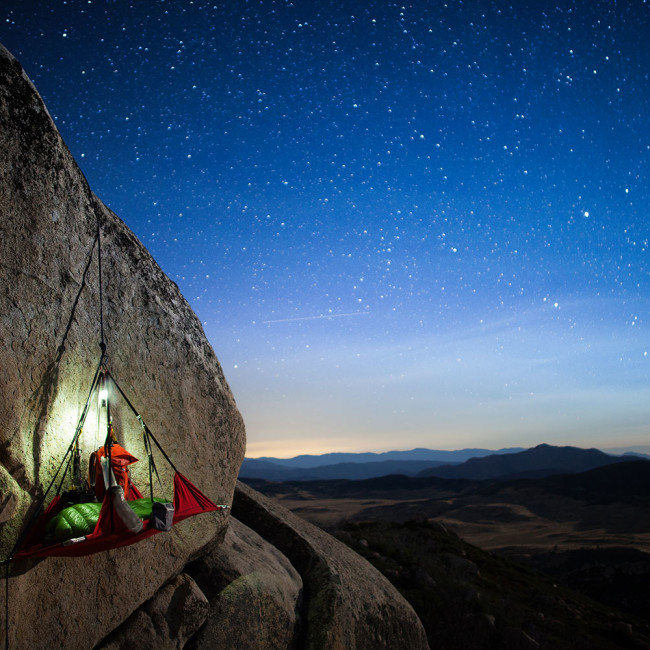 Portaledge camping defines living life on the edge – well technically off the edge, and can be a normal part of the outdoor experience for those in the climbing community. 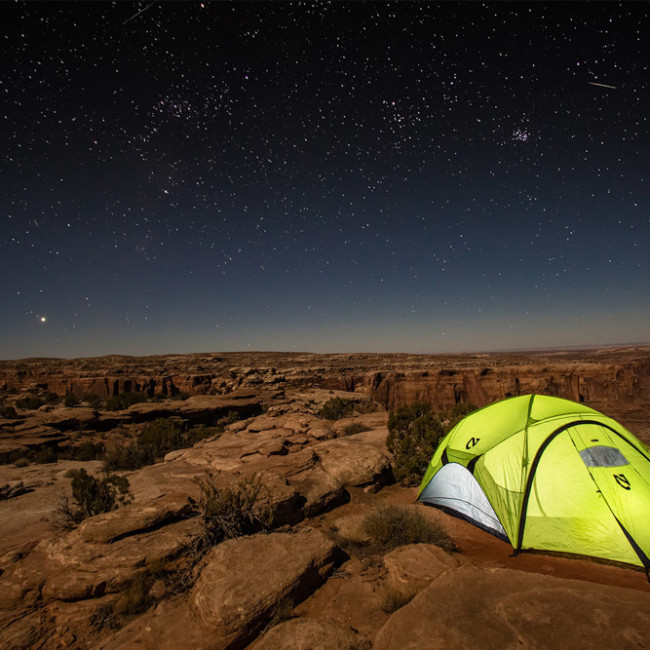 A beautiful night to camp under the stars in Canyonlands National Park.